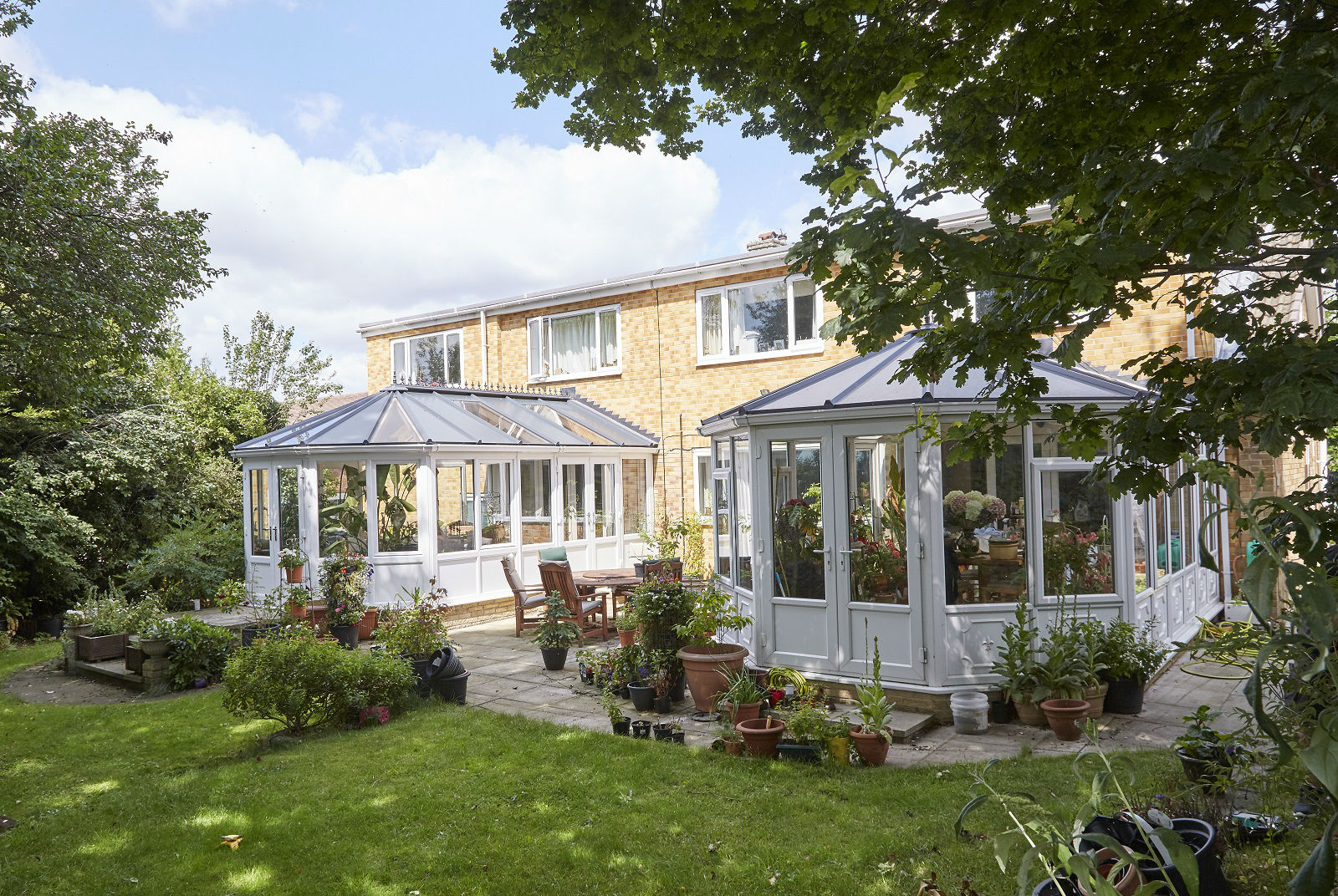 Sometimes we all need our own private space to relax and unwind.

At this lovely detached house in Hatfield Woodhouse, the owners enjoy matching ‘his and her’ conservatories.

Unfortunately, after 20 years’ service, one of these was no longer a place where you could sit and relax comfortably. During the design stage, it quickly became obvious that this conservatory had reached the end of its natural life.

Fortunately, the concrete base was in great condition and we used it to house a new modern Heritage Elite white uPVC conservatory, measuring 4m in width by 6m in length.

After removing and recycling the original structure, we installed the half-glazed side panels and added two sets of French doors to give the imposing new space two openings directly onto the garden and outdoor seating area.

With the homeowner keen to create a cosy and welcoming space for dining and carrying out crafts, they opted for an ultra-modern Hybrid roof – which minimises temperature fluctuations and makes your conservatory feel more like an extension.

The finished result was so impressive the owners decided to mirror the look on their ‘other’ conservatory by replacing a plastic roof which was only five years old with the exact same luxury Hybrid version.

Now they have two beautiful spaces which are simple and understated, but super stylish.